skip to main | skip to sidebar

I just got my very first treasury on Etsy. A treasury is a place to show off other Etsians work, not your own. The demand to get a treasury is very high, and you have to know just when they are opened and snag one fast! Here it is! I featured items from my FAM (Fabulous Artistic Mom" Street Team. Enjoy! As always, click on the pics for more information or to go buy!

Posted by The Double Dipped Life at 5:37 PM 5 comments

Good Morning! I'm bored at work today, so I thought I would show you some of my Etsy Favorites! These are from Sellers I've bought from, or I wish I could buy from! Click on any of the pictures below to go to their Etsy shops! Have fun looking!

Posted by The Double Dipped Life at 7:40 AM 0 comments

Good Morning! I wanted to announce to the great big Web World that we are moving! Yeah! We've been living in the In-laws basement, and now are moving about 20min. south into a Duplex that we will manage for Mark's parents. It is in a very nice neighborhood, with good schools. This move will happen this weekend! Yeah!

Etsy news: My store is temporarily "closed" while we are moving. I hope to re-open on Monday, June 16th. NEW FLAVORS of Popcorn and Apples are coming soon!!

Weekend News: My Aunt D is moving this week to London to spend 6 months there teaching. What fun! So, this past Saturday she had a goodbye party. My Grandparents were there, and it was good to see them. We had the party at a park in Provo. Tanner discovered a water fountain outside our Pavillion that didn't have a basin. The water just went down to the ground which was mud and tiny pebbles. By the time we left, there was a lake and lots and lots of mud. Tanner and McKenzie were covered in mud and shivering because they were wet and cold! Tanner was actually sitting in his "lake" shivering, but refused to get out! So, we went to Aunt A's house and cleaned them up. They had to wear their cousins shirt until their clothes were clean. McKenzie loved this, and was dancing around the house in her big shirt. Tanner thought it was "stupid". But, we tied the bottom of his shirt so it was like wearing shorts, and then he didn't mind!

Sunday my brothers came to visit! They were in town visiting an Uncle who took them camping. We only got to see them for a few hours, but it was a lot of fun. They are so grown up. I still think of them as little boys, but they are men now. Where does the time go?

So, it was a good weekend surrounded by friends and family. There is no better way to spend your time!

Have a great week!

Posted by The Double Dipped Life at 7:07 AM 0 comments

NEW BLOG!
Come visit me at my new home: http://doubledippedlife.blogspot.com

The Double Dipped Life
Salt Lake City, UT, United States
Hi! I'm Krista! I live in Utah with my wonderful husband and my 3 beautiful children. My passion is making home and family a place to be enjoyed and celebrated! 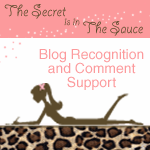